IS IT BIGOTED TO CRITICIZE CULTURE? 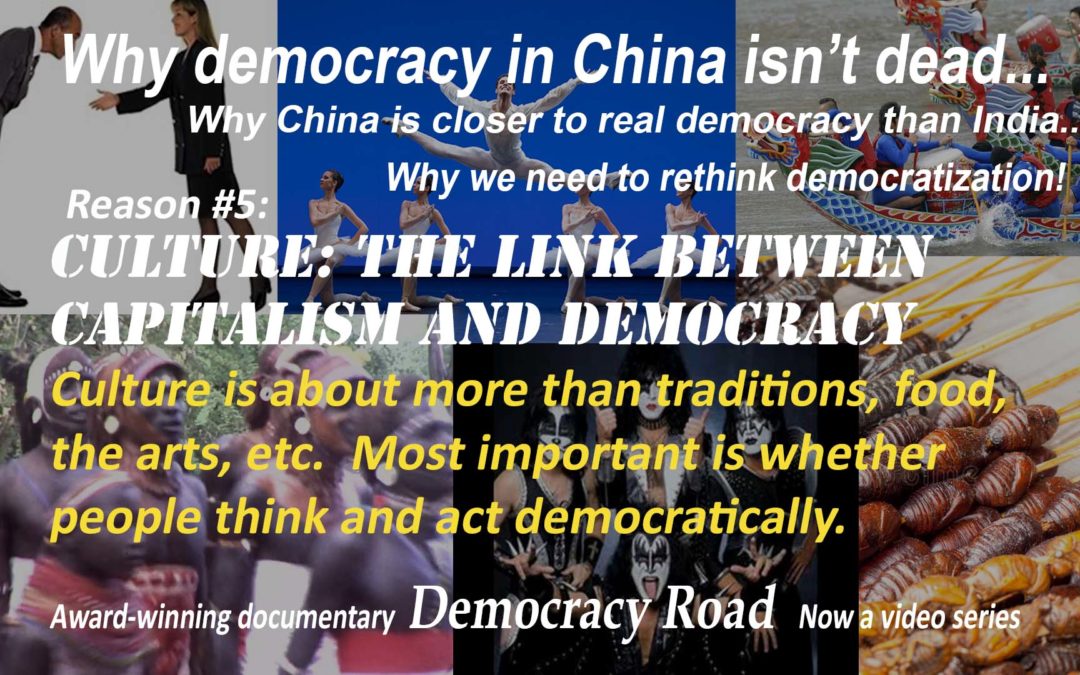 Is it racist to criticize a particular society’s culture?  Does “tolerance” require us to respect all cultures?

The short answer to the above questions is “No.”  It is not bigoted to comment upon or criticize culture because culture is a real aspect of the human condition that has a substantive impact on human affairs and is subject to scientific inquiry.  We can analyze issues like diet, exercise, education, political systems, economic systems, and legal systems and conclude that different approaches will likely produce different results and that some results are likely preferable to others.  We can do the same with culture.

Questions like these arise in part because we don’t talk about culture often and there are plenty of misperceptions around the subject.  Below we will briefly address some of the most important ones.

Culture: What we think that impacts how we act

We should begin by defining culture, which is sometimes used to refer to everything from opera and folk dancing to holiday celebrations and cuisine.  In this case, we use the word culture to refer to the values, attitudes, beliefs, orientations, and underlying assumptions prevalent among people in a society.  Another way to say it is that culture is the things we think that often lead us to behave as we do.  If we have racist values, we tend to behave as racists.  If we value free speech, we tend to practice free speech.

Not bowing or shaking hands.  Important stuff like democracy and development

The first key misperception relative to culture is that it is a small topic, not too serious.  Do I bow or shake hands?  Which fork or glass do I use first?  Is it polite to belch?  These are the type of questions that are usually associated with foreign cultures.  When it comes to more serious issues, like economic development or democratization, culture is rarely mentioned.  In fact, there are cultural attributes that have tremendous impact on development and democracy, including sense of empowerment, individuality, and rule-based behavior.  These are the cultural attributes to which we are referring in these essays.

Focus on the major patterns that separate countries, not minor differences

The World Values Survey is a group of social scientists who have been giving cultural surveys in more than 100 countries around the world for 40 years.  The WVS is the largest trove of cultural data that we have relative to culture impacts development and democracy.  Note the two excerpts from a book by the co-founder of the WVS, Professor Ronald Inglehart:

It seems clear that socioeconomic development brings predictable long-term changes.  One indication of this is the fact that the world views and behavior of people living in developed societies differ immensely from those of peoples in developing societies.

These (cultural) changes are not a patchwork of loosely related phenomena but a coherent pattern that integrates seemingly isolated events into a common hole.

In essence, what the WVS is saying is as follows: While Belgium, Canada, and Japan aren’t exactly alike culturally, as advanced, prosperous democracies, they are largely alike, with some relatively minor differences.  Likewise, while China, India, Russia, and Kenya aren’t exactly the same culturally, as less developed countries, they have more in common than not.  The truly large differences are between the advanced countries on the one hand (Belgium, Canada, Japan) and the less developed countries (China, India, Russia, Kenya) on the other.  Those are the differences that demand our utmost attention.  We could also say that the differences are not random but rather follow a pattern.  That pattern is crucial to understanding how democracy really develops.

Cultures change.  American culture is not what it used to be.

Thirdly, we tend to think of culture as static.  American culture is American culture, now and forever.  Chinese culture is Chinese culture, now and forever.  That is how we see it.  However, the overwhelming volume of evidence suggests that this view is wrong.  Cultures change.  In particular, the cultural attributes we are talking about—rule of law, leadership, individualism, etc.—can change substantively.  In fact, that cultural transformation is fundamental to development and democratization.

No country is bound by its current culture

Fourthly, and related to the last point, we are not saying that any particular country’s culture is somehow intrinsically inferior or superior.  We are saying that all countries have to follow the same cultural journey to go from backward and undemocratic to advanced and democratic.  They all share the same cultural challenges.  They can all overcome those challenges.  No one is destined to success or failure because of an intrinsic cultural condition.  For a variety of reasons, possibly including historical accident or geography, some countries have made the cultural journey earlier than others.  But from North America to Europe to Asia we have seen countries from a wide variety of historical traditions make their way to prosperity and freedom, along the way developing similar cultural attributes.

All countries face the same cultural challenges; not bigoted to comment on that

Next, returning to our opening question, it is not in any way racist, bigoted, or intolerant to point out that a country has a cultural shortcoming or challenge.  The point here is that culture is critically important, that cultural conditions are a major reason why a country is rich or poor, free or unfree.  Since we are saying that culture is causal, we must be able to say that some cultural conditions are better at producing positive results than others, which means, unless we want to say that being poor and unfree is just as good as being prosperous and free, that some cultures are in a better state than others.  As we said above, that doesn’t mean the disadvantaged culture is intrinsically that way or that it can’t change.  It simply means that, while one country’s culture has changed, the other has yet to do so.  That is not intolerance but rather simply stating a fact.

The “Culture is critical” school of thought is right

Lastly, like economics, political science or any field within the social sciences, not all experts agree on all things.  There are different schools of thought.  The “Culture is critical” school of thought has strong research and scholarship behind it and is growing in prominence.  (Future essays will reference even more of this scholarship.  Rest assured these aren’t just my opinions.)  Other schools of thought don’t necessarily contradict the “culture is critical” concept on all things, but in some areas there can be significant disagreements.