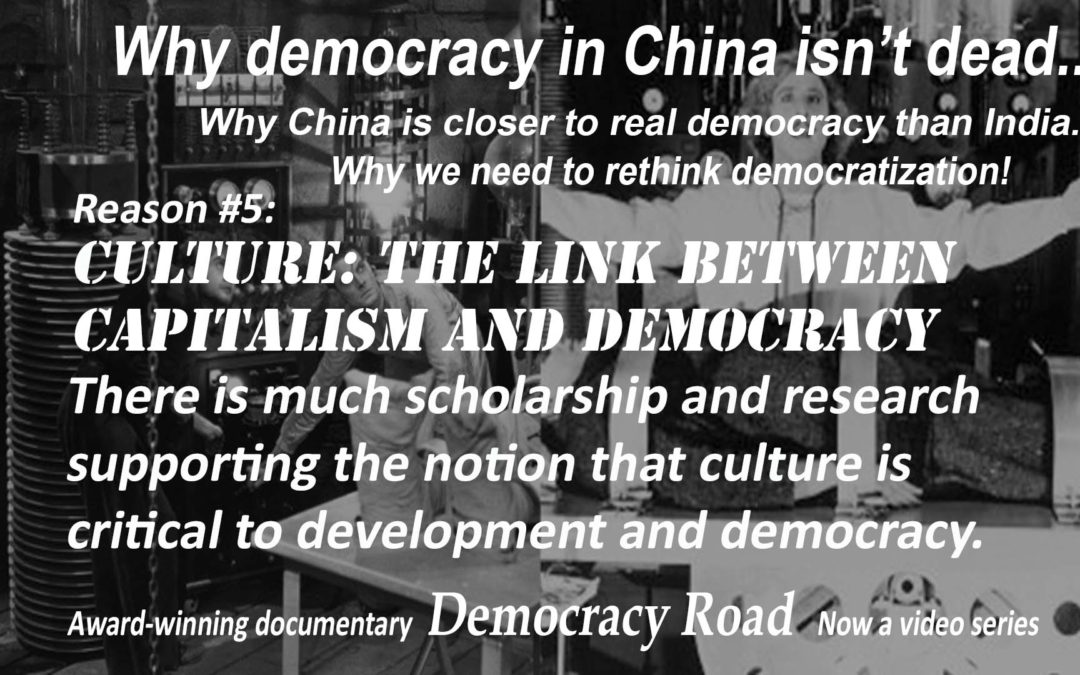 I may not be able to define it exactly, but I know it when I see it.

Potter Stewart famously made this statement (paraphrased) referencing pornography.  There are a lot of things like that in life, like happiness or success, things that we know exist, but are difficult to measure and therefore difficult to define or to draw a line between what is or isn’t.

Culture falls into that category.  It can be subtle, virtually undetectable, until you see it up close, at which point it can feel like a slap in the face.  Let me give you a quick example.  In China the approach to leadership is very authoritarian, not just in government but in all organizations.  The leader has all the power and makes all the decisions.  Having lived in China for 10 years, I have plenty of direct experience with this. I’ve also worked with many Americans with no China experience, who, after just a bit of exposure, maybe a few months of cooperation, will say “It seems like only one guy over there can make a decision.”  That’s the way culture often is—you don’t know it until you see it and then you can’t avoid it.  (I should also mention that leadership in China is becoming more egalitarian as it develops, maybe not in government yet but certainly in business.)

Note that we aren’t talking about things like music or cuisine or holiday traditions, which are also often described as being part of “culture.”  Culture could be considered as having more than one definition.  In this case we are referring to the values, attitudes, beliefs, orientations, and underlying assumptions prevalent among people in a society.  Another way to say it is that culture is the things we think that often lead us to behave as we do.  If we have racist values, we tend to behave as racists.  If we value free speech, we tend to practice free speech.

My interest in culture started with my direct experience in China.  I was certain culture impacted my operation in China and I knew I had to adapt my management approach accordingly.  It also seemed obvious to me that the cultural attributes I witnessed related not only to business but to broader spheres of life such as economic development and democracy.  As I did some research I was thrilled to find that there is an entire school of thought that is quite consistent with what I experienced.

“Culture is critical” school of thought is growing in prominence

Like economics, political science or any field within the social sciences, not all experts agree on all things relative to culture.  There are different schools of thought.  As we’ve covered in other essays, development and democracy have not spread very far, despite many policies and trends that many thought would support progress (foreign aid, the independence movement, the democracy movement, the end of communism, etc.)  As scholars and experts have searched for reasons why so many countries can’t seem to make much economic or political progress, the issue of culture has received increasing attention.  The “Culture is Critical” school of thought, while not necessarily a consensus perspective at this point, has strong research and scholarship behind it and is growing in prominence.

Development is a State of Mind is a book by Lawrence Harrison who spent many years directing USAID programs in five Latin American countries and was later a fellow at Harvard.  The title gives you a great insight into the theme of the book.  For my part I was intrigued that the cultural challenges Harrison described in Latin America so closely matched what I experienced in China.

Culture Matters: How Values Shape Human Progress, is another book with a great title.  Sponsored by the Harvard Academy for International and Area Studies, this book has contributions from 20 scholars.  Again I was impressed with how scholars describing cultural conditions in places like Africa or South America could so closely match my experience in China.  One of the contributors, David Landes from Harvard, says, when it comes to development, “Culture makes almost all the difference,” a perfect motto for this school of thought.

Trust: Social Virtues and the Creation of Prosperity, by renowned scholar Francis Fukuyama, is another book that explores the role that culture plays in development, again concluding that it plays a significant role indeed.

There are other books from this school of thought but these are some of my favorites.  Please keep in mind, I’m not saying any of these scholars endorse my opinions.  I’m simply pointing out that culture as a factor in democratization and development is not just my idea.  It is a concept that is getting a fair amount of attention.

Lastly I have to mention the work of the World Values Survey.  One the most direct, though not perfect ways, to measure culture is a survey and it is probably safe to say that the best and largest trove of data relative to culture, development and democracy has been produced by The World Values Survey, a group of social scientists who have been giving cultural surveys in more than 100 countries around the world for 40 years.

The WVS measures a wide variety of attributes, including individualism, tolerance for outsiders, interest in politics and activism, etc.  It really is an ambitious, important and I think unrivaled attempt to understand how the way people actually think and behave—their culture—impacts the freedom and prosperity they achieve.

The work published by the WVS is, for the most part, highly technical, so I won’t go into too much detail here.  But I will quickly mention three key conclusions.

Secondly, to democratize, a less developed country has to undergo a cultural transition, becoming culturally more like advanced countries.

Again, for me, it was eye-opening to see that social scientists producing this kind of data would reach the same conclusions that my direct experience had led me to believe.  There must be something to this, I thought.